Home Syfe Straight Talks S&P 500 bear market: What that means & how you can be...

The benchmark S&P 500 index has fallen into a bear market for the first time in more than two years. A bear market is when indices like the S&P 500 sink 20% or more from their most recent all-time high.

Why are stocks in a bear market?

Investors are grappling with multiple headwinds: Rising interest rates, soaring prices, the war in Ukraine, and fears of a possible global recession. These factors have damaged investor confidence, causing many to exit their investments.

Recently, the stock market sell-off was exacerbated by higher-than-expected inflation in the US, and the Federal Reserve’s move to raise interest rates by 0.75%. The Fed also indicated that more aggressive rate hikes could be possible this year to combat inflation.

Investors are understandably anxious. Higher interest rates can tame inflation, but if the Fed raises rates too much, the economy could slow to the point of a recession.

How often do market declines occur?

Bear markets occur about every 4.7 years on average, according to S&P Dow Jones Indices. By that measure, there have been 14 bear markets in the S&P 500 over the past 70 years. Notable ones include the dotcom bust in 2000, the financial crisis in 2008, and the pandemic crash of March 2020.

Market corrections – a decline of at least 10% – are more common. On average, they happen once every 1.6 years.

Even so, it’s important to remember that the S&P 500 has rebounded from each of its previous drops to eventually reach new all-time highs. For long-term investors, the best thing to do now is to sit tight and stay invested.

Going back to January 2006, we looked at instances where the S&P 500 fell 10% or more. We found that although market declines happen from time to time, they tend to be relatively short-lived. The subsequent market advances last much longer and are more outsized in magnitude.

How long will this bear market last?

Looking back at the data, analysts estimate bear markets to last about 9 months. That’s much shorter than the average length of a bull market, which typically lasts a few years. For example, the S&P 500’s longest bull market lasted 11 years from 2009 to 2020.

Nobody can predict how long the current bear market will last. The pandemic crash ended up being the shortest bear market on record, lasting just 33 days. But factors driving the bear market now are markedly different from what induced the March 2020 crash.

When this market hits a bottom will likely depend on when inflation peaks and whether the Fed will ease their interest rate hikes.

Is a recession happening?

A recession is a prolonged economic decline marked by a country’s GDP (gross domestic product) shrinking for two consecutive quarters. Because the US is the world’s largest economy and has strong trade and financial ties with many other countries, a recession there heightens the risk of recession in other economies as well.

Is the US heading for a recession? That largely depends on whether the Fed can achieve a soft landing for the economy.

On Wednesday (22 June), Fed chair Jerome Powell said during a congressional hearing that although he did not see a particularly elevated likelihood of a US recession, it was “certainly a possibility”. He also acknowledged that engineering a soft landing, a situation where interest rates are raised just enough to tame inflation without provoking an outright recession, would be “very challenging”.

As recession calls grow louder, analysts at UBS studied 17 US recessions over the last 100 years to see how stock markets would trade.

Data shows that in a shallow recession, markets fall by about 11% on average and bottom out about 4 months after the start.

That said, past recessions have also been characterised by rising unemployment and falling wages. Unlike previous downturns, the US labour market is currently robust. The unemployment rate is near a 50-year low, and wage growth has held firm.

What should you do during a bear market?

It’s natural to feel panic and fear when you see your portfolio in the red. But before you yank your money out of the market, take a deep breath and think about your investment plan. Is it aligned with your goals, time horizon, and risk tolerance?

If the answer is yes, trust that your strategy will work out over the long-term as intended. Ignore the doom and gloom headlines and stick with your plan.

Seasoned investors know that it’s inevitable for pullbacks to occur along the way. After all, markets – like the economy – go through cycles. But historically, stocks tend to trend upwards over the long-term. Even with the 2008 financial crisis, the 2020 pandemic crash, and the recent bear market, the S&P 500 is still up about 200% since January 2006.

A contrarian strategy to consider

As Warren Buffett famously said, “be greedy when others are fearful”. When others are selling, now might be an attractive time to buy quality stocks at a discount.

According to research from J.P. Morgan, when consumer sentiment is down i.e. people are selling off, investors who bought stocks instead would have made an average of almost 25% over the next 12 months.

For example, 12 months after November 2008 – when investors were feeling incredibly pessimistic, the S&P 500 returned 22%.

But when investors feel confident and consumer sentiment is high, research shows that the S&P 500 returns just over 4% on average during the following year.

This is not an encouragement to time the market. Nobody can predict when the market will bottom or peak.

Rather, this is an illustration that there’s an upside potential to stocks too during a downturn. If you’ve been planning to invest but found valuations too high, now could be your chance to buy quality assets and stocks with strong fundamentals at affordable levels.

A bear market is a difficult time for investors. But there are ways to be smart when the market is down.

Remember, bear markets don’t last forever. The stock market has historically rebounded over time. So stay calm, ignore the noise, and focus on your investment plan. You might also want to take this time to relook your portfolio and ask yourself if you’re still comfortable with the level of risk it carries. 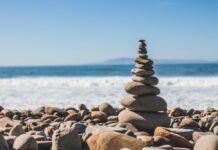 How does currency impact investment returns? 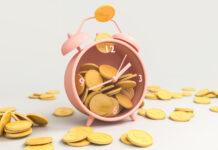 How compounding can help make you rich

“Sell Out” or “Hold Out”? A dilemma in a falling market Is your money sitting idle in your bank account? Why are wealthy investors gravitating towards Core-Satellite portfolios?