In just 40 years, China has accomplished a remarkable feat in transforming itself from a third world country to the world’s second largest economy.

Now, the next chapter in China’s growth story is being written as its economy matures and transitions from manufacturing and export-led industries to a consumption- and services-driven new economy. This shift means that new economy sectors like Consumer Discretionary, Communication Services, and Information Technology are leading the next stage of China’s growth.

Key drivers include booming consumerism, rapid urbanisation and new technology adoption, all shaped and supported by national strategic policies. For instance, China’s 14th Five-Year Plan for 2021 to 2025 emphasises technological innovation and domestic consumption, both of which are aimed at supporting more sustainable, long-term growth in China.

In 2020, consumption accounted for 54.3% of China’s GDP, a modest dip from the 57.8% reported for 2019. This was in part due to China’s success in containing COVID-19, and the country’s subsequent economic recovery.

Compared to most developed countries (World Bank data puts consumption at an average 73% of GDP for OECD countries), China’s consumption can be considered relatively low, with much room for growth.

The country’s transformation to a consumer-led economy is already underway and rapidly advancing. For the first half of 2021, China’s total retail sales were 9% higher than the same period in 2019, underscoring a resilient post-pandemic rebound.

Strong consumer spending has been undoubtedly powered by income growth. Over the 10 years through 2019, inflation-adjusted income rose at an average annual pace of 7.9% in China, compared to 1.9% in the US.

Chinese consumers have also been enthusiastic new adopters of technology, which explains the rapid growth of mobile payments and e-commerce in China. As of June 2020, there were 940 million internet users in China, of whom 749 million shopped online.

China has nearly 850 million smartphone users, compared to just 250 million in the US. China’s mobile payment usage penetration is also more than double that of the US.

Given these factors, Chinese consumption could hit “one of the highest levels in the world” over the next decade. This is a prediction by Morgan Stanley analysts, who forecasted that China’s private consumption could more than double to reach $12.7 trillion by 2030.

As China redefines its role in the world, long-term investors ignore China’s growth at their peril. As such, we created the Syfe Select China Growth thematic portfolio as a way for investors to benefit from China’s rise.

Key themes within the portfolio

To build the China Growth portfolio, our investment team screened potential exchange-traded funds (ETFs) based on our rigorous selection criteria, choosing six that provided the best exposure to these new economy sectors.

Our selection methodology includes looking at liquidity and size. For example, our chosen ETFs have at least $500 million in assets under management (AUM) because larger funds tend to have better liquidity and track record. Our ETFs are also managed by well-established fund managers such as BlackRock, Invesco, Wisdom Tree, Mirae Asset and KraneShares.

Here’s a closer look at the underlying portfolio holdings.

The iShares MSCI China ETF (MCHI) is one of the most popular indices used to gain exposure to China, with total net assets of $7.3 billion at this time of writing.

In the same way anyone wanting exposure to US large-cap stocks can just buy the S&P 500, those wanting large-cap Chinese exposure can invest in MCHI. Top holdings consist of instantly recognisable companies such as Alibaba Group, Tencent Holdings, Meituan, JD.com, and Ping An Insurance.

Although there is a hefty exposure to Chinese tech firms, MCHI is broadly diversified across a range of sectors from consumer discretionary to communication services to financials.

At first glance, the iShares MSCI China A ETF (CNYA) seems almost similar to MCHI. But they cannot be more different. MCHI tracks Chinese companies listed in both mainland China and abroad. As such, it includes big names such as Alibaba, Nio, and Tencent, which are listed in the US.

CNYA only tracks Chinese firms listed in China. These companies trade on the Shanghai or Shenzhen Stock Exchange and are classified as China A-shares. The top 10 holdings of CNYA is thus notably different from MCHI, which is dominated by Chinese tech companies.

For instance, Kweichow Moutai is one of China’s most prestigious brands – and the world’s most valuable liquor company. It manufactures and distributes a type of Chinese liquor that’s favoured by Chinese politicians and businessmen alike.

Other top holdings include Contemporary Amperex Technology, China’s top electric vehicle (EV) battery maker, and Shenzhen Mindray Bio-Medical Electronics. Shenzhen Mindray is a medical devices company that has seen its market value grow by almost US$3.8 billion a month over the past year as demand for its ventilators soared during the pandemic.

CNYA is the largest holding within our China Growth thematic portfolio with a 20.4% weighting. Given the strength of China’s domestic companies, CNYA has returned an impressive 17.3% in annualised returns over the past three years (as of 30 July 2021).

Consumer Discretionary is one of the new economy sectors and is largely comprised of growth-oriented companies within the e-commerce, automotive, education, and travel and luxury segments.

The Global X MSCI China Consumer Discretionary ETF (CHIQ) is a targeted play on this sector and holds 83 consumer discretionary companies within the MSCI China Index.

CHIQ’s top five holdings are Alibaba, Meituan, JD.com. Nio and Pinduoduo. Alibaba, JD.com and Pinduoduo are the three largest e-commerce players in China. Of the three, Pinduoduo probably has the most unique business model whereby consumers pool orders to enjoy deep discounts. This sort of community group buying has helped Pinduoduo grow its active buyers by more than 85% over the past two years.

As of 30 July 2021, CHIQ has delivered a remarkable 22.6% in annualised returns over the past three years.

The WisdomTree China ex-State-Owned Enterprises Fund (CXSE) aims to track the investment results of Chinese companies that are not state-owned enterprises (SOE), which is defined as government ownership of greater than 20%. This is a key differentiating factor for this fund compared to other China ETFs.

As the fund manager WisdomTree explained in their whitepaper, “government ownership can negatively impact the operational efficiency of a company”.

Their analysis also indicates that non-SOEs have better fundamental metrics over SOEs, as evidenced by their ability to generate higher return on assets (ROA) and return on equity (ROE). These factors point to faster earnings growth, a key driver of stock performance.

Furthermore, new economy sectors like Communication Services and Consumer Discretionary make up the bulk of CXSE’s sector exposures. Companies within these sectors are predominantly non-SOEs; SOEs are typically concentrated in the more traditional, “old economy” sectors such as Energy and Financials.

Not surprisingly, the top five holdings of CXSE are technology and e-commerce giants Tencent, Alibaba, Meituan, Baidu and JD.com. These companies have experienced strong growth and are poised to extend their growth momentum for many years to come as China’s 1.3 billion consumers open their wallets and move up the value chain.

CQQQ invests primarily in Chinese companies within the Information Technology sector while KWEB focuses primarily on Chinese internet and internet-related companies. With 152 securities, CQQQ is comparatively more diversified than KWEB, which holds 49 stocks.

While their top 10 holdings share some big names like Tencent and Baidu, investors will notice that CQQQ includes companies such as Sunny Optical, Kingdee International Software, GDS Holdings and LONGi Green Energy Technology within its top holdings.

These companies may not be as well known as Tencent, but they are leaders within their respective fields. For example, Sunny Optical is a major supplier of optical lenses for smartphone makers Apple, Huawei, Oppo and Vivo. Kingdee is China’s biggest enterprise software company while GDS Holdings is a leading developer and operator of high-performance data centres in China. LONGi, one of China’s major solar producers, is also the US’s top solar-panel supplier.

With both KWEB and CQQQ, investors get diversified exposure to not just internet and e-commerce players like Alibaba and JD.com, but also China’s high-tech IT hardware and software sector. Companies held by CQQQ and KWEB will likely be beneficiaries of future trends in cloud computing, Big Data, Internet of Things and artificial intelligence as well.

Despite short-term regulatory headwinds for Chinese equities, there are still significant long-term tailwinds that will continue to shape China’s growth in the years ahead.

For investors looking to invest in a rising and increasingly influential China, Syfe’s China Growth portfolio is one way to capitalize on this megatrend. With six ETFs providing diversified exposure to China’s “new economy” sectors, the portfolio is a way to invest in future growth leaders and China’s current top performers alike.

There is no minimum investment, no lock-in period and no brokerage fees. As an added advantage, Syfe will manage your portfolio with free dividend reinvestment and automatic rebalancing, for fees as low as 0.35% per year. 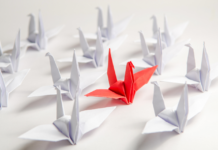 The FOMC Meeting Is Crucial: 10 Things You Should Know 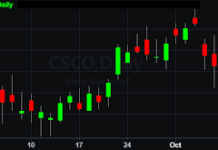 Nasdaq Correction: What To Do When The Market Goes Down 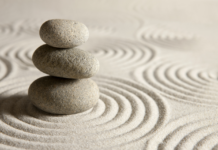 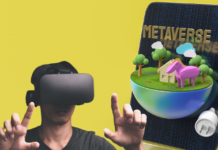 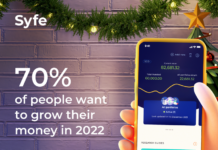 What Turning Your Money Resolutions To Gains Looks Like In 2022