We’re now in the last quarter of 2021. While the Delta variant continues to cause resurgent infections across the world, the global economy is in a much better state than it was last year. But after a rapid recovery, what’s next for global markets?

The global recovery is slowing. This is to some extent natural after the sharp V-shaped recovery we have seen in the first half of 2021.

In the US, supply-chain bottlenecks, inflation, and worries over the Delta variant are weighing on businesses. Meanwhile, US job growth in August disappointed, with just 235,000 jobs added against expectations of 750,000.

The US Federal Reserve is also set to begin tapering its asset purchases in the coming months.

China’s economy, which was the first to recover from the pandemic, is slowing as well after the government introduced new restrictions to stamp out an outbreak of the Delta variant and introduced stringent property curbs.

Retail sales growth slowed to 2.5% from a year ago, much lower than the 7% estimate in a Bloomberg survey of economists.

China’s home sales have slumped too as authorities reduced the pace of mortgage lending to home buyers and tightened access to financing for real estate developers. The country’s real estate sector accounts for 13% of its economy.

China is also facing a power supply shock caused by tight coal supplies and more stringent emissions standards. The impact of the power shortages has affected a wide range of industrial manufacturers. According to Morgan Stanley analysts, 29% of China’s national cement production and 7% of aluminium production capacity have been hit so far.

While other economists have not cut their 2021 China GDP forecasts yet, Nomura has trimmed China’s GDP growth forecast to a still-robust 7.7% this year, down from 8.2% previously forecast.

Slow, but not derailed

These challenges may be slowing the global recovery, but slower growth does not mean no growth.

For one, the near-term health of the US economy remains strong. Markets expect the Fed to announce tapering at its November meeting, as the Federal Open Market Committee (FOMC) has “made it clear” that it will do so “if progress continues broadly as expected”.

This suggests the US economy is on a firm footing, and will be able to stand on its own without Fed stimulus. Moreover, any tapering is likely to be gradual. The Fed currently buys US$120 billion worth of government bonds each month. A reduction still means a lot of bonds are being bought. Financial conditions will likely remain accommodative and it is extremely unlikely the Fed will allow liquidity to dry up overnight.

Although there are concerns that inflation and higher costs could weigh on earnings for the rest of the year, analysts so far remain relatively sanguine. Analysts now project S&P 500 companies to report year-over-year earnings growth of 27.6% for the third quarter.

The upcoming round of corporate earnings reports will offer more guidance on whether inflation concerns are part of the economic recovery or could linger longer than expected.

In China, the emphasis is now on achieving higher-quality growth through structural reforms. Recent policies such as curbs on the education, tech and property sectors make it clear that President Xi Jinping is determined to bring about social stability and “common prosperity”, even if it means short-term volatility for China shares.

Over the longer term, this will lead to more stable and sustainable growth for the world’s second-largest economy.

Will the US stock market crash?

After months of gains, some investors now think the market is too high and a correction is on the horizon. In recent weeks, fears of an Evergrande contagion, the Delta variant, and uncertainty around the US debt ceiling have rattled investors and served as a reminder that markets can be unpredictable.

Indeed, it’s purely speculative to forecast when a downturn would occur. The questions investors should be asking themselves are what’s known today of how the market is valued, and how the underlying economy may impact fundamentals.

Year to date, the market’s strong performance has been driven by solid fundamentals. According to data from FactSet, the majority of S&P 500 companies exceeded analyst expectations on both earnings per share (EPS) and revenue growth in the second quarter. The strong revenue growth speaks to corporate resilience and buoyant consumer demand.

Why valuations are still alright

While stock valuations today are elevated, they are not unreasonably stretched if we consider the current level of bond yields. With yields on 10-year US Treasuries still below two percent, stock prices are quite reasonable relative to other options.

Furthermore, analysis from BlackRock suggests that the 10-year Treasury yield would essentially have to double from its current level to compete with equities. They see the equity risk premium (ERP), which values stocks based on the prevailing 10-year Treasury rate, as a more informative measure for valuations.

As shown in their data below, the ERP has been well above its long-term average for the past 10 years. This implies that stocks are undervalued for the relative risk/reward they offer.

But what about record highs?

Although repeated stock market highs may feel unsettling, it’s worth noting that past all-time highs have not been indicative of weak future performance.

Analysis from UBS shows that historically, the probability of a subsequent 10% drawdown after an all-time high is just 30%, versus 36% at any time (represented by the tan bars in the image below).

Market pullbacks may be uncomfortable, but they are part and parcel of investing. Over time however, markets have always shown an ability to recover. If you’re not planning to cash out your portfolio within the next few months, near-term volatility should not have any impact on your long-term investment goals.

Nobody knows how the stock market will perform tomorrow. But if you are broadly diversified and invested according to your risk tolerance and long-term goals, there’s no reason to lose sleep over record highs or when markets hit a rough patch.

To mitigate market timing risks, you can also adopt a dollar-cost averaging strategy to invest a certain sum regularly over time. This can help ensure you don’t commit all your capital at record highs. And if the market experiences a pullback, you will be buying your investments at a discount. 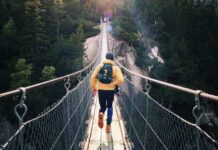 Stuck To Your Guns During The Recent Dips? Here’s How It Paid Off 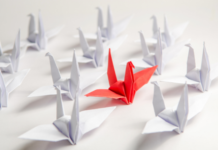 Is The Recent Sell-Off An Investing Opportunity? 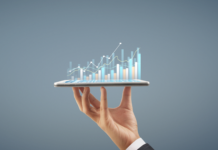 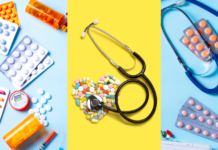 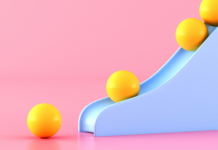 5 Things To Remember When The Market Gets Bumpy