The coronavirus pandemic will be remembered for many things, one of which being the speediest stock market recovery in history. If you had bought a S&P 500 index fund on 23 March – the bottom of the COVID-19 crash – you would have made more than 50% to date. The extreme market rally has left many wondering if it’s now too late to get in the game of investing.

From a valuation perspective, stocks do seem to be pretty expensive right now. According to data from Factset, the S&P 500’s forward 12-month P/E ratio is 21.9. This widely followed valuation metric is significantly above its five-year average of 16.9 and its 10-year average of 15.2. And over the past weeks, we’ve seen the S&P 500 and the tech-heavy Nasdaq consistently hit all-time highs

If investors are supposed to “buy low, sell high”, then the current environment is a terrible time to invest, right? Absolutely not!

Waiting for the market to correct again results in missed opportunities. The great investor Peter Lynch may have said it best: “Far more money has been lost by investors preparing for corrections, or trying to anticipate corrections, than has been lost in corrections themselves.”

If you had decided not to invest when the market was at an all-time high during these years, you would likely have missed the subsequent highs that occurred. Of course, the market has stretches of positive and negative performance, but historically, the market goes up over the long term.

While everybody prefers to buy at market lows, timing the market is incredibly hard. Even professionals fail to get it right. What’s more important is time in the market, being invested early on so that you don’t miss out on the new highs that will inevitably follow.

But what if I invest right before the market crashes?

The fear that the market could crash immediately after you’ve invested is another worry frequently holding investors back. That’s a valid fear. After all, the market cannot keep going up indefinitely.

Here’s the truth: if you do happen to invest just before a market crash, your short-term returns will be affected. There’s no avoiding it. But the longer you stay invested, the more likely that your eventual returns will be closer to the long-term average.

As the chart above shows, even if you were to invest just before these major crashes occurred, your returns prospect improves the longer you stay invested. After about 15 to 20 years, your returns tend to converge on the long-term average return of about 10% annually. If you are planning for a long term financial goal such as retirement, investing just before a crash is still better than not investing at all.

The key is to not panic and stay invested. Of course, that’s easier said than done when you see the market falling 34% in less than a month, as it did from February 19 to March 23 this year. This is also why it’s so important to invest according to your risk tolerance i.e. the degree to which you can stomach losses when your investments perform poorly.

Given the upward trend of the market over time, it makes sense to simply enter the market and stay invested, instead of worrying whether the market is at a high or low point. A study from Charles Schwab highlights this best. It found that procrastination can be worse than bad timing itself.

Why you should invest as soon as you can

The results are surprising. Ashley Action invested immediately and did not try to time the market at all. But her performance was comparable to Peter Perfect’s. She ended up with only $5,354 less, even though Peter Perfect was able to invest at all the very best moments.

You would expect Rosie Rotten to fare the worst given that she had such bad marketing timing. Surprisingly not. She ended up with slightly less money than dollar cost averaging Matthew, and significantly more money than Larry Linger, who didn’t invest in stocks but instead bought US Treasury Bills.

The takeaway from this is to invest at the earliest possible moment, no matter what level the market is at. Nobody, not even professional wealth managers, can consistently identify market bottoms. And even if you do somehow get the timing right on a regular basis, the study shows that you won’t be much better off than someone who put her money to work right away, regardless of market highs or lows.

If you are still uncomfortable with the thought of investing a large amount of money when the market is peaking, consider dollar cost averaging. It is a better strategy than market timing, and it ensures that you don’t end up like Larry Linger.

This article was first published as a guest post by Syfe on Guidesify. 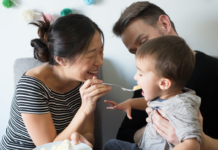 Attention #Supermoms: Have You Thought About Your Financial Future? 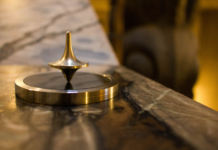 Value vs. Growth: The Great Debate 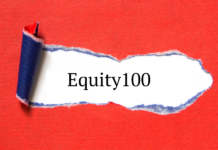 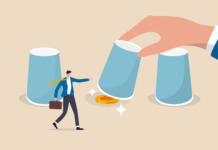 The Ultimate Guide To Investing With Syfe 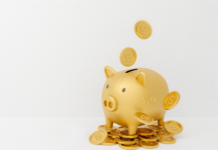