Home Invest Smarter Spotlight On The US Economic Recovery

After soaring to new highs since the start of the year, the US stock market is at a turning point.

Stocks have pulled back in recent weeks amid a rapid rise in the 10-year Treasury yield.

With a vaccine roll-out underway and trillions of dollars in fiscal stimulus, what can investors expect from the US market going forward?

Will the stimulus lead to unwanted inflation?

The US Congress recently passed a US$1.9 trillion stimulus plan to help supercharge the country’s economic recovery. Many fear this could lead to higher inflation; the large fiscal stimulus could trigger a boom in pent-up consumer demand and businesses in turn will respond to the surge in demand by hiking prices.

Rising prices would erode purchasing power and may also force the Federal Reserve to increase interest rates in a bid to rein in inflation. This could send the cost of borrowing higher, driving up expenses for consumers and businesses alike.

US Treasury yields jumped on such inflation fears, which in turn triggered a sell-off in global stock markets.

But how significant is this inflation risk?

According to US Treasury Secretary Janet Yellen, inflation doesn’t pose a significant risk at the moment. In the near-term, prices will increase given that they fell significantly in the midst of the pandemic last year. But as the economy recovers, it is only natural that they return to pre-pandemic levels.

The chart below further highlights why inflation isn’t happening. Over the past decade, money supply has been rising. Usually, money supply growth implies higher inflation, assuming the velocity of money remains constant. But velocity has been trending downwards over the years, and declined precipitously in 2020.

The velocity of money is frequently used to gauge the economy’s strength or people’s willingness to spend money. Simply put, it is the number of times per year that the average dollar is spent on goods and services. Low velocity means fewer monetary transactions are taking place.

Given that the rise in money supply has been offset by the decline in money velocity, inflation in the US has remained muted for the past decade or so, hovering largely around the Federal Reserve’s 2% target.

How is the Fed reacting?

The Federal Reserve delivered a fairly dovish message to the markets during its recent press conference on Wednesday. While the Federal Reserve has acknowledged that prices will increase as the economy recovers, it sees the rise in inflation as “transient”.

They maintained their dovish stance on interest rates yet again, signalling that interest rates will be kept close to zero until the US reaches maximum employment, and inflation rises above the 2% target and remains there “for some time”.

Overall, the consensus seems to be that the Fed has successfully soothed worries about inflation and US interest rate hikes – at least for now. Stocks closed higher following the Fed meeting as those concerns faded.

Focus on the economic recovery

Amid headlines touting inflation fears, there is another story unfolding: a powerful economic recovery is underway.

Pent-up consumer demand is likely to be further boosted by the latest round of stimulus while the pace of vaccinations in the US implies a sooner-than-expected economic reopening, and with it, an increase in business activities and employment.

Given these factors, the Fed also upgraded its growth forecast for the US economy during its meeting on Wednesday. It now expects US GDP to grow by 6.5% this year, up from its 4.2% forecast back in December.

The outlook is looking brighter not just in the US, but across the world. OECD estimates that global economic growth will rise by 1.1% to 5.6% as a result of the US$1.9 trillion stimulus bill.

Stronger US demand will benefit most countries, especially its trading partners such as China and Europe. This will help boost global growth and recovery.

While the recent rise in Treasury yields has weighed on equity markets, it could be helpful to reframe the yield movements as a normalization of rates. Many asset classes have almost regained their pre-pandemic levels.

The S&P 500 is up 16% from its February 2020 peak; oil prices are trading at their highest level since April 2019. Yet, the 10-year Treasury yield is still below its pre-pandemic level despite recent increases.

Rising rates have also been a boon for more cyclical sectors like financials, energy, industrials and materials. Gains from these cyclical sectors don’t necessarily have to come at the expense of technology and growth stocks.

As seen in recent days, technology stocks have started recovering ground after tumbling in late February and early March. They should continue to do well in the longer term, especially with many growth companies expected to put up strong profits for years.

What this means for investors

Ultimately, what we are seeing is a marked improvement in market breadth as the economy begins to recover. Sectors most hit by the pandemic are catching up, and that’s a good thing.

A healthy stock market is one that has broad support in it. A market rally dominated by gains from just a handful of technology stocks will by definition be less sustainable and more vulnerable to sudden reversals.

For investors, keeping a diversified portfolio with exposure to a wide range of sectors remains the ideal course of action as the economic recovery picks up pace in the months to come.

Return to Heightened Alert: Why Industrial REITs Are Safe Haven Picks In 2021 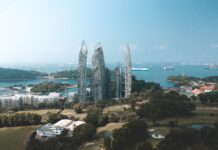 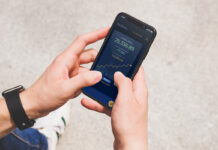 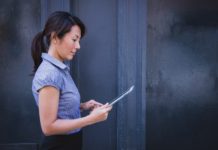 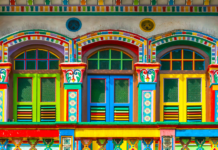 Are You Missing Out On Singapore’s REITs Opportunity?