The debate between dollar cost averaging (DCA) and lump sum investing (LSI) remains as contentious as ever. Both strategies have their pros and cons, and what works for one investor may not work for another.

Still undecided? We break down the benefits and shortfalls of each so you can decide what’s best for you.

What Is Dollar Cost Averaging (DCA)?

Over the long term, the cost of all your investments purchased are averaged out. This mitigates the impact of short-term market fluctuations on your portfolio and eliminates some of the risky guesswork involved in trying to time the market.

Who is DCA suitable for?

DCA is a good strategy if you don’t have a large amount of starting capital but would like to put your money to work as soon as possible. You may only be contributing a few hundred dollars each month, but over time, you’re accumulating wealth due to the power of compounding returns.

It’s also a great strategy for investors who are wary of the ups and downs of the market. Because you’re investing consistently regardless of market conditions, your emotions are removed from the equation.

If the market drops further, DCA helps you mitigate risk since not all of your money has been invested. In fact, the more the market falls, the better it is for you since you’ll be able to buy more and more shares with the same investment amount.

On the other hand, an investor who has already invested a lump sum of money may not be able to stomach this volatility and may choose to sell at rock-bottom. Panic selling not only locks in losses but also puts you at risk for missing the market’s best days.

This is also why many people find DCA intuitively appealing. You’re not risking all your money at once. Instead, you’re growing your money steadily along the way, deposit by deposit.

What is lump sum investing (LSI)?

With lump sum investing, you invest your entire capital at once. So if you’ve received a $10,000 bonus, you invest the entire amount right away rather than breaking it up into several deposits and investing them at different times.

The idea is that since stock markets trend upwards over time, you might as well put all your investable cash to work immediately so that compounding can work its magic or you can start collecting dividends.

Who is LSI suitable for?

If you’ve received a cash windfall and want to invest it, studies show that LSI can help you reap better returns. First, interest rates are at an all-time low. Rather than let it sit idle in a savings account earning less than 1%, you’d be better off investing the entire amount right away.

In the Morningstar study, the authors found that over a 10-year period, an investor who adopted a DCA strategy would have ended up with less money 90% of the time than if they had simply invested all their money at the beginning.

The study looked at multiple scenarios, but the most interesting one is where the investor invested just before a market crash. Although they lost a significant amount during the crash, they also had more money in the market in 2009 than the DCA investor. This allowed them to reap the full benefits of the decade-long bull run that came next.

To conclude, if you have the money to invest and you’re looking for higher investment returns over the long run, LSI could be a good option. However, if you don’t feel comfortable having all your money tied up in an unpredictable market, then a DCA strategy may be better for you.

Choose what you feel comfortable with

Whether to DCA or LSI depends very much on your investment goals, financial situation, and risk appetite. The key is choosing what you feel most comfortable with so that you can stick with it for the long term.

Ready to make your money work for you? You can easily set up a lump sum amount and / or monthly deposits when creating your Syfe investment plan. These amounts are all indicative and you can edit or stop them at any time. 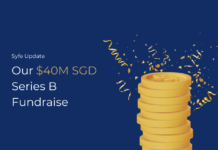 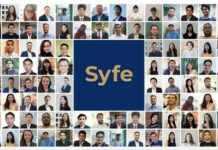 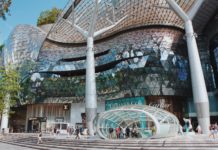 The Definitive Guide to Investing In REITs 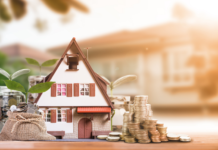 How To Invest in Singapore Real Estate Through REITs 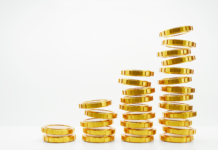 Read This 4-Step Checklist Before You Start Investing