Home Grow Wealth The Summer Of Inflation? Here’s Why You Shouldn’t Panic

The question on everyone’s mind at the moment concerns the recent surge in inflation, and whether it is as “transitory” as the US Federal Reserve (the Fed) argues it to be.

Inflation matters a great deal for financial markets. For many years, investors have not had to worry about the threat posed by rising consumer prices. In the US, inflation has only met or exceeded the central bank’s 2% annual target 14 times over 121 monthly readings taken in the past decade.

Thus, it’s no surprise that markets fretted when the latest inflation data showed US consumer prices surging 4.2% in April as compared to a year ago, its highest since 2008. On a month-to-month basis, headline consumer price index (CPI) increased 0.8% while core inflation spiked 0.9%.

This sparked fears that the Fed may be forced to raise interest rates sooner than expected and dampen growth. Investors made a beeline for the exits, contributing to a sizable selloff in all the major indices worldwide earlier last week.

Will rising inflation prove to be temporary or longer lasting?

The Fed expects price increases to be temporary and has stood firm by their strategy of waiting to see “substantial further progress” toward their goals of stable inflation and maximum employment, before dialing back their US$120 billion in monthly bond purchases and raising interest rates.

Are rising prices really as transient as the Fed insists?

A closer look at inflation data shows that year-on-year inflation readings will be distorted by the “base effects” from lower prices last year when lockdowns were imposed. While headline US CPI surged in April, the key drivers were a sharp increase in airfares, rental car prices and vacation lodging, as prices reset to pre-COVID levels and Americans rushed to travel.

As the US economy rapidly reopens, demand is rebounding much faster than supply, exacerbated by ongoing pandemic-induced bottlenecks in the global supply chain. Computer chips for example, are in short supply and that’s held up production of new cars and other manufactured goods. All these factors contribute to rising consumer prices, but are unlikely to be sustained once bottlenecks are resolved and the economy fully recovers.

The outlook is still uncertain

That said, there is still a rise in core inflation – which excludes volatile food and energy prices – that is hard to ignore. The US Core CPI rose 3% year on year in April, the largest growth in 25 years. This rate is closely watched by economists as a more accurate measure of underlying inflation.

How temporary the increase in inflation will be is up for debate. Recovering demand coupled with global supply disruptions may mean that consumer prices will continue rising over the next few months at least, given that the mismatch between aggregate demand and supply will take time to be resolved.

We have already seen commodity prices from lumber to oil spiking; the Bloomberg Commodity Spot Index, which tracks 23 raw materials, rose to its highest level in almost a decade in early May. This puts pressure on companies to pass on the higher prices to consumers.

Yet, there is reason to suggest that US inflation is still at relatively low levels. Since 2000, the velocity of money has been trending downwards notwithstanding an expanding money supply. Money velocity, coupled with the growth in money stock, is frequently used to gauge the economy’s strength and people’s willingness to spend money. Simply put, it is the number of times per year that the average dollar is spent on goods and services.

As such, a high velocity accompanied by an expanding money supply indicates a high degree of inflation since it is a sign that the same amount of money is being used for a large number of transactions.

As shown in the graph below, notwithstanding the growth in money stock, money velocity has actually fallen from the last quarter of 2020 to the first quarter of 2021 and remains at levels far lower than it has been at since 1960.

The outlook for inflation is still difficult to judge at this moment. Muddling the ongoing debate is the fact that inflation data over the coming months will reflect base effects from a year ago. It won’t be easy getting a clear view of the underlying inflation trend anytime soon and investors should be wary about extrapolating too much from any outsize data surprises that may appear in the months ahead.

Is inflation good or bad for the stock market?

Although the Fed has repeatedly said it will be more tolerant of temporary rises in inflation above its 2% target, stock markets are not convinced. There is a general anxiety and uncertainty around how the Fed will truly respond to surging inflation, which has led to sell-offs in the global stock market.

According to a recent Bank of America survey of fund managers, investors perceive rising inflation to be the biggest “tail risk” for stock markets this year.

Typically, a little inflation is good for stocks since it lifts the economy and supports corporate earnings. But too much inflation can erode the value of consumer savings and stunt economic growth. Right now, the severity of the threat posed by inflation is still unclear and markets have acted out.

Should investors be worried?

It is natural for investors to feel unsettled about the current stock market situation, but pullbacks are part and parcel of investing, especially after major indices like the S&P 500 closed at record highs last month. After a strong showing in the first four months of the year, it is not surprising to see the stock market take a break and digest some of its gains.

And while good news around the economic recovery may have already been priced in, analysts along Wall Street continue to expect strong profit growth for companies this year as the US economy and job market improve. This should help support stock prices over the longer term.

Our advice is to look through any short-term volatility and stay invested. As always, keep a longer term perspective. Historically, stock price increases have outpaced inflation many times over the long run. So for investors worried about inflation, keeping a healthy allocation to stocks is a good defense.

In the months ahead, more market volatility could be underway as economic data gets released and informs the narrative around the global economic recovery, which is taking place at different rates in different parts of the world.

Instead of trying to second guess which sectors can hold up better in a changing macro environment, maintaining a diversified portfolio will be key to weathering any market ups and downs. 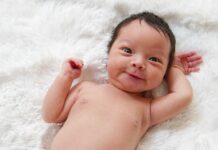 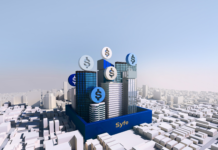 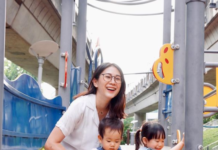 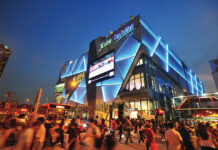 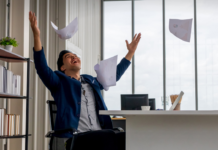 Should You Keep 100% Of Your Money In Stocks?